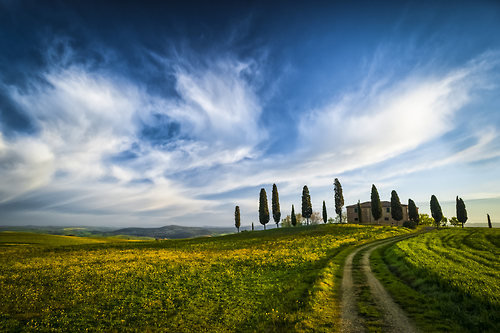 There. We're about to take off for a couple of weeks in Tuscany! Yes! I'm working my way down my ToDo lists in an attempt to leave my professional matters as clean as possible. Among those was to setup a travel blog and send out a "out-of-the-office" mailing.

The latter fell flat on its face. Yes, I discovered that Mail.app doesn't manage Address Book groups dynamically. This means that when you drag a group into the To: field of a new mail, it copies the associated email addresses. If you make changes to the group members after that moment, those won't be taken into account.

I noticed that the group was out-of-date, so I started to update it only to realise that my amendments didn't apply to the outgoing mailing. Ouch. So I'm not sure who received it, should have received it and who did, but shouldn't have. Anyway. 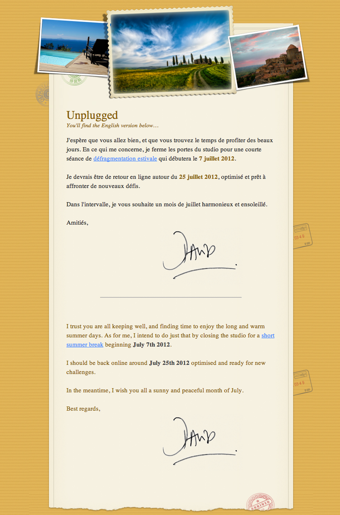 I had more success with the travel blog. I setup a new Tumblr account to record our travel adventures: Toscan.es. It is configured to record our Twitter, Instagram and Foursquare entries, as well as direct posts via the cool Tumblr iPhone app.

This time I used IFTTT (if this then that) to build recipes post entries into toscan.es based on the presence of the #tos12 hashtag. In our previous travels (sravana.us and masalachai.ch) we used RSS feed directly from within Tumblr. This solution feels cleaner.

Anyway, the weblog is up and running. I didn't have much time to work on it, but it exists. 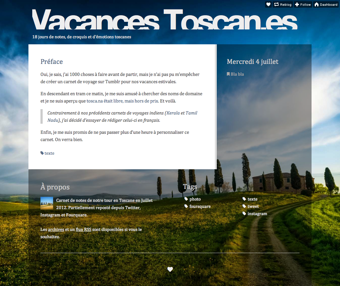 We'll be writing in French this time. Just to try.

Happy July to all of you - we're heading south :)