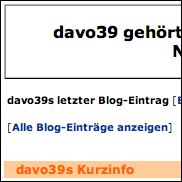 Why can't web app developers embrace the idea that language should be assigned as an array and not a single variable to a country? Switzerland has 4 official languages plus English. Defaulting to German is plain shortsighted. I learned from Stephanie that MySpace is the latest to have joined the clan.

PayPal and eBay started the trend, which causes much headache when you suggest using Paypal as an online payment tool to a French speaking client. Go and explain to him that he has the choice between German and English exclusively to manage his online payments whilst his website serves French speaking users. Worst: the users are suggested to open a PayPal in French and end up with a procedure in German (sigh).

I filed a ticket with PayPal, and was answered that "they were aware of the problem, but it was a limitation of the application and they were working on it".

As with so many things, it's awareness that can help. It becomes so obvious that the Web is more useful, accessible and downright interesting when it is filled with the many cultures and languages expressed worldwide.

l10n: countries aren't limited to one language per country. I can conceive how it simplifies the development process, but you are blocking out hosts of users by doing so. Not only should the main national languages be represented - probably with English - and why not all the main spoken languages of the area.

This shortsightedness is irritating to say the least.