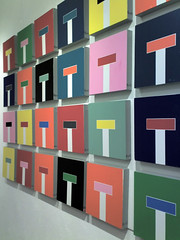 There's been a fair bit of talk on backup strategies, hardware and software around me lately, so I thought I'd add my two cents worth. I guess I'm a sort of paranoid backup freak. So don't take too literally what follows, it might not be relevant to your situation.

Hard drives fails more and more often. I feel my level of confidence lower as time goes by. Ten years ago, drives failed and broke down too, but not the same way, and not as often. A drive gave signs of failure before breaking down. Now they just break. No warning. Most modern drives are SMART enabled, but I've never personally benefited from this technology in preventing a hard drive failure - have you?

What is your data worth?

At the end of the day, it all boils down to the question "what is your data worth?". Data loss can be very costly, particularly for organizations in the small and medium business market where the difference between survival and closure can rest on the ability to recover from a disaster. What kind of backup solution should you look for?

My current computers are a PowerMac G4 (hopefully I should upgrade to a Mac Pro this year), a MacBook Pro and a PowerMac G5 running Mac OS X Server. Until recently, my backup strategy was built around the server. Throughout the years, I've used and abused several backup applications such as Retrospect (Server, Express or Workgroup editions), Apple Backup, CarbonCopycloner, SuperDuper!, Déjí -Vu or FolderSynchronizer. I've backup to tape, CDs, DVDs, hard drives (2.5" and 3.5") and the internet (.Mac, S3). With unequal success and uneven peace of mind.

I've reached a solution that addresses most of the concerns above and runs smoothly. I've attached a Sonnet Fusion 400 enclosure with 4 Maxtor MaxLine III 300Gb drives the server. The Fusion connects through eSATA II (3Gb/s theoretical transfer rate) to a serial ATA host adapter in the PowerMac G5. I've mirrored two drives (RAID level 1) and use it as my main server volume on which I store my current and archived projects, user home directories and assets. I'm using SoftRAID software to manage the raid array. The drives are hot swappable and can be upgraded to larger capacities when required. The third drive serves as a backup drive which is updated twice a day via rsync (from the desktop and server). The last drive is a backup mirror updated once a day. This is the one I remove and store off site when I go on leave. It is handy to be able to pull a drive out of the bay and walk away with it.

A few tips on using rsync on the Mac:

I find SoftRAID more flexible and reliable than Apple's RAID solution (I've tried it too). I've been with it since version 2, and it's never let me down. Moreover, SoftRAID is a native Mac OS X disk driver, so a drive can be mounted on a Mac without SoftRAID installed. The latest version (3.6) is a universal binary, runs and boots Intel Macs and is forward compatible with Mac OS 10.5 (Leopard).

I don't use incremental backup, I prefer mirror backup. Files removed from the server or my desktop Mac will be removed from the backup set. I've never found incremental backup that useful. It eats up too much disk space in the end. Moreover, its basic principle is not that useful to me as I use Subversion as my revision control system. I can revert to a previous state if needed (when svn is properly used that is - but more on that in another post).

I changed my backup and archive philosophy when I acquired my MacBook Pro last November. I was experiencing disk space issues on my PowerBook G4 with my digital music, photos and movies. I needed not only a backup solution, but an archive solution too. Files had to removed from the notepad. I could have used the office's server for that matter, but I preferred a home based solution for the MBP. So I went out and bought a LaCie's Two Big eSATA/USB external drive (1Tb). It connects to my MBP via Sonnet's Tempo Express 34 PCI card. The drive is configured in RAID level 1 (mirror), so if one drive fails, I still have the other (the drives are hot swappable too). I feel more comfortable archiving now. The unit connects via USB 2 if needed, so I'm not locked with an eSATA interface. This is the only backup that isn't run automatically and requires external hardware to be plugged in. This isn't an issue in my case, as my MBP sleeps in the same cupboard as the rest of the hardware.

I use SuperDuper! to backup my MBP. A great application to create bootable mirror copies of your hard drive. No fuss, just does its job. The user interface is crystal clear, it always tells you what the next step is, and what is going to happen. Highly recommended. Read Merlin Mann's review on 43 Folders.

Projects get archived on CD/DVD once they come to an end, and are stored in the office, while a copy remains on the server. I suppose I can afford managing things this way because my core material is xhtml and css which don't take up much disk space. I do manage images of course, but not at a print resolution. Screen resolution only, which makes all the difference.

Additionally, all most of my digital life media is archived on CD (music) and/or DVD (photos and movies) for extra safe keeping (I warned you there was something paranoid about my outlook on backups).

Currently, I'm experiencing with Amazon's S3 storage solution, but I'm confronted with crawling slow uploads which drive me mad. It's an interesting way to go, but not interactively, or with a DLS connection (not ADSL).

So basically, strive to reach hardware redundancy, software simplicity and reliability, and you'll experience a backup bliss of peace of mind.