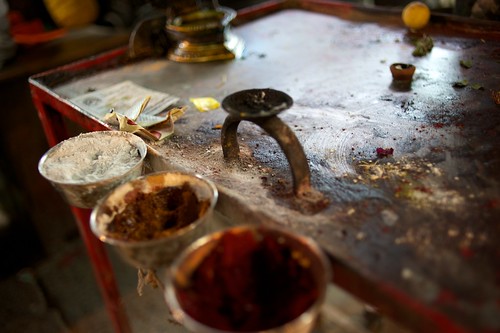 I am currently having issues with the way Aperture 3 deals with timestamps when editing images via a plugin.

It appears that each time I edit an image via a plugin, the time zone changes.

Now, the time zone was properly set when I imported the images into Aperture, and all masters display the proper time and time zone.

The issue only appears when I edit and save an image within a plugin. The timezone is set to that of my computer.

The pictures below show the timestamp of the master and of the edited version:

This drove me nuts last Sunday when when each edited image disappeared from the image browser after saving it. As the images were sorted by date, I really thought I'd lost the edited image before realising that it was displayed further down, according to its current timestamp.

Searching Apple's Discussions, it turns out that there are quite a few threads on this topic:

I don't know if I am doing something wrong, but this misbehaviour gets very frustrating.

This behaviour is not linked to the plugin as I initially thought. It occurs both with Nik Software and Topaz Labs plugins.