I joined Flickr in March 2005. That was before the first @media conference (the best web conference ever), Fab's 40th birthday, my children were still little kids and cameraphone pics were really crap.

I remember wondering what I could put up there. So I started uploading pics first from my T68i followed by my Razor V3 thinking that would be a good place to share them. Quality was low, and I used to upload them by email. Flickr was still Flickr, as it hadn't been acquired by Yahoo! just yet. 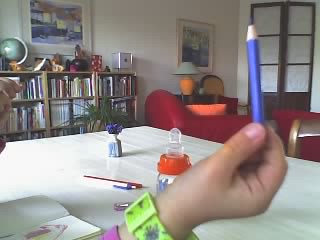 I never left the service since, renewing my Pro account every couple of years. I always believed it was the best photo sharing website out there, and I still do. It tended to become the place where I uploaded sets of photos from Aperture, or cross posted pics from Instagram. But it wasn't the first stop for my mobile pics anymore.

Until they released their latest iPhone app earlier this month.

I immediately adopted it as my primary photo sharing mobile app. It is just what I've been dreaming of for the last 3 years. Fantastic.

I'm not going to review it here as it's been done extensively elsewhere (1)(2). Just try it out if you have done so yet, but I feel this will be a turning point in Flickr's position on the social photo sharing market. It bids well, very well.